I should’ve left for home earlier.

I was 9. It was almost completely dark now, and I had no idea where I was.

The Appalachian Mountains are a treacherous stretch of wilderness. But it’s not because of the terrain. I’m not unfamiliar with the outdoors; I’d even call myself quite seasoned for a boy who hadn’t hit double digits. I spent years studying the scarce wildlife that passed by my olive painted home. Many a night I laid out on that warm driveway, recalling the discoveries of my day and the excitement of tomorrow.

As an act of unknown defiance, I resolved to make a pilgrimage through the Boone trails, a mountain range that bridges one neighborhood to the next. I knew whatever outdoor experience I possessed, it didn’t matter when I was there. Being in the Appalachian Mountains at dark was different. I thought it might be the age. The oldest mountain range in the world, the region has a rich history that seemed to be shrouded in a thick fog of mysterious creatures and the other-worldly. There was something in the air. I knew I was not supposed to be out there. The night seemed to belong to something, but I couldn’t tell you what. To put it the best I can, I knew when I was out there, I was on borrowed time, and the longer I stayed, the dread grew.  Something in the dark corners of the night was watching me. I felt its cruel gaze creep up my legs, and rest in the depth of my gut.

The darkness had truly set in now. The wind needed blood, but momentarily satisfied that lust by finding the only exposed area, my eyes, and bringing them to tears. My vision became increasingly impaired, and I grabbed what I thought to be a spruce sapling to brace myself. The rotten piece of timber easily gave way under my weight, and found myself tumbling down the steep ridge I had been desperately trying to avoid. I strayed in and out of consciousness as my mortal coil tumbled down the ravine. A concern from the flattening slope forced my eyes open, giving barely enough time to roll out of the way of a large fir tree I was almost plastered against. At some point I reached the bottom, and was too terrified to move as I assumed I had broken several bones.

Fortunately I hadn’t broken any bones, and while I was certainly a little bruised, I was practically in my backyard, so I wouldn’t have to go very far. I sat and allowed my body to recover for a moment. The woods were quiet now, and there was a gap in the foliage. Then I saw the lights. Scarlets and golds flew past each other, and the distant sounds of the automobiles became an enchanting hum. The moon’s pearly glow gave the landscape an enchanting glow. It was breathtaking. My thoughts turned to my own future as I took in the sights. In those moments, the dream of one day becoming a storyteller was birthed. I knew I wanted to capture a little bit of the magic of that night, to take people to places they may have felt but never been to.

Not long after that night I moved away from the Appalachian Mountains to Charlotte, but I vowed to return one day. I missed the community I felt, and the ever-present beauty of the landscape. Five years ago, I returned to Appalachia to start my collegiate journey, and it is where I have stayed. I am now a College Advising Corps advisor at Smoky Mountain High in Sylva, NC, and I am enthused to be here. I have been given the incredible opportunity to give the students the chance to have their own dreams realized. In order to do this, I’ve centered my efforts around incorporating myself into this school and the community here so I can begin to learn who these students are and where their passions lie. As an undergraduate student, I was a Resident Assistant, and my experience in that position has provided me with the ability to quickly build relationships with the students and families here.

I began these efforts at the beginning of the year, when I called families and asked them to tell me about their child and how I could best support them throughout the school year. Continually encouraging their students has been a throughline across those conversations. One of my students stops in my office daily so he can ask any college-related questions he has or tell me how his classes are going. He and his mother are from the Dominican Republic, and despite the language barrier, we sat down and completely finished the FAFSA. I try to maintain these relationships by often popping into classes to say hello and break down college access topics, ask them how their clubs and jobs are going, lead college applications and FAFSA workshops, connect them with college admissions staff  and attend their sporting events. I regularly will connect with students and families after school at football games, and during the skateboarding club, a club I sponsor.

In my conversations with these students I challenge them to reach for their dreams, so we can make a plan for them to get there. It’s been extremely encouraging seeing my students becoming interested in applying to schools like Harvard and Princeton, and watching students who thought they would go straight into the workforce looking at nearby trade schools. It always makes me smile seeing these students push themselves so they can achieve their dreams, and I am excited to see what amazing things they do and what stories they tell.

I wish I could have left earlier, but it’s nice to be home. 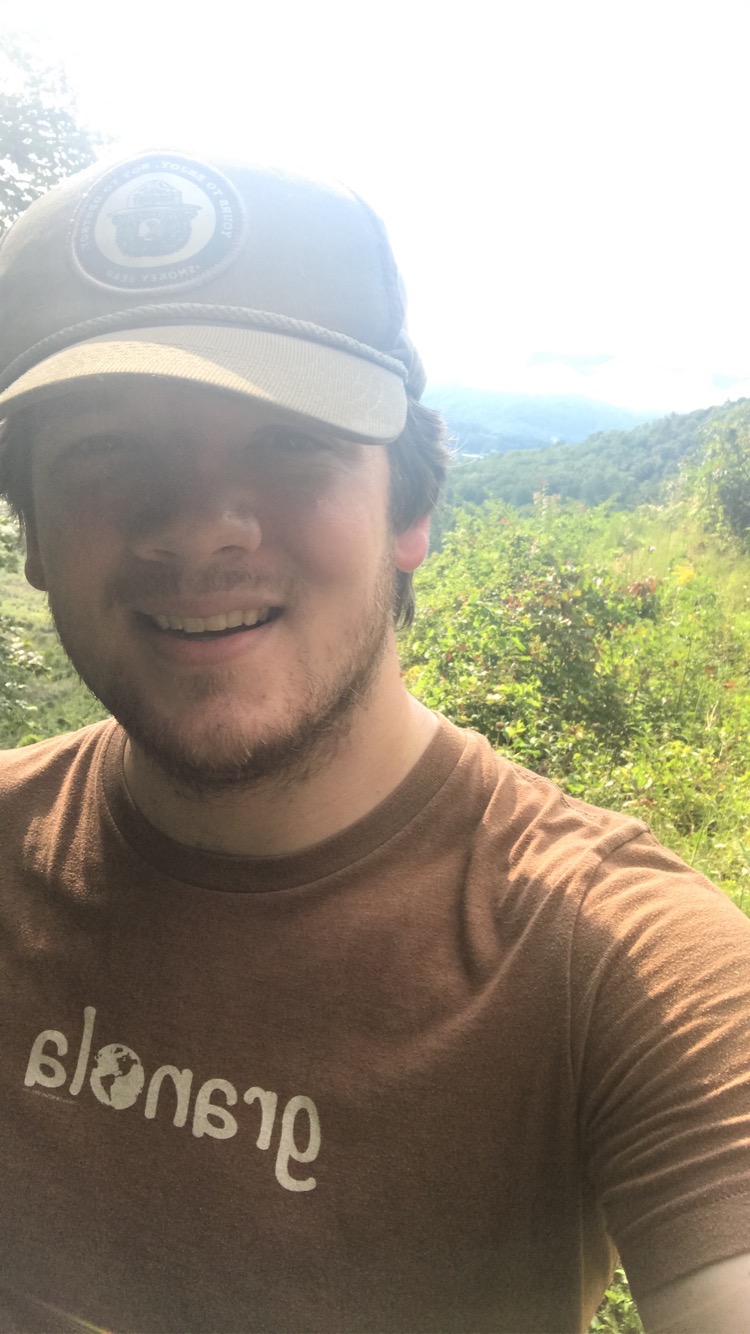